HON GICHU: WE LOST THE ELECTION, BUT WE STILL HAVE EACH OTHER 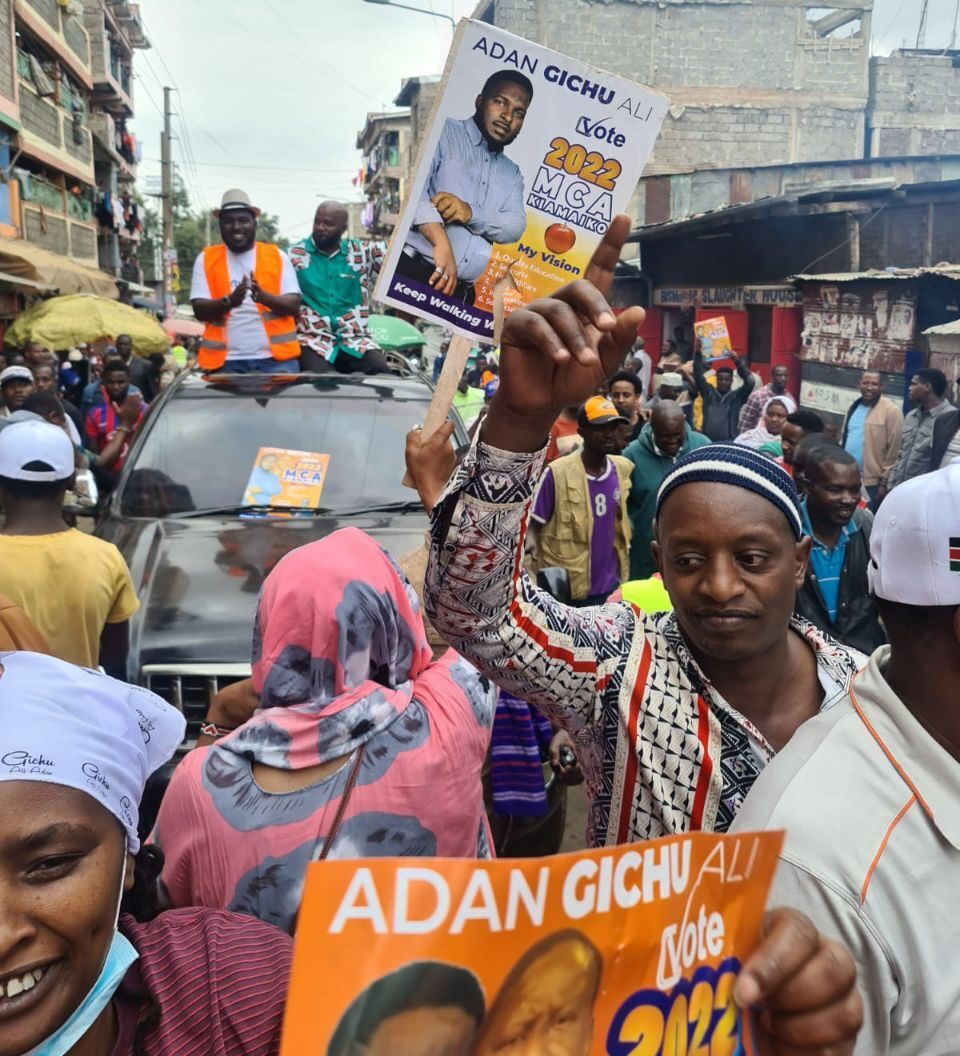 Things have been generally slow since the election. But amid the mundane schedule, we managed to catch up with Hon. Adan Gichu Ali for a brief interview.

He had unsuccessfully contested the Kiamaiko Ward seat in the just concluded election. Out of 19193 registered voters, 11137 voters cast their votes.

He was in a sprier mood than I had anticipated. Grateful and optimistic.

Burji Online: What is your general take on the election outcome?

Gichu: It was not the outcome we wished for or worked so hard for, but that will not stop us from achieving the dream we had envisioned for Kiamaiko.

Gichu: I am immeasurably thankful to the 2255 voters from different tribes and religions who threw their full weight behind me. I take pride in and am eternally grateful for the wonderful, creative, selfless campaign.

Burji Online: How did your supporters take after the loss?

Gichu: I know my supporters’ disappointment because I feel it too. I have had several emotional encounters with supporters who could not hold back their tears. But I want them to remember that our campaign was never about me or the MCA seat. It was about our community. It was about our current and future generations. It was about the ward we love and our quest to build a Kiamaiko that is peaceful, hopeful, inclusive, and progressive. We shall continue that journey with them.

Burji Online: That is quite visionary. Have you met and told them that in person?

Gichu: Not yet. I have booked an appointment with the elders who have not had a formal sitting since the election. After meeting with the elders, we shall also meet the masses.

Burji Online: You didn’t seem very disturbed by the loss. Why is that?

Gichu: I feel like we emerged victorious because we realized how united our community was. I am so grateful to stand on the shoulders of giants.

Burji online: What do you want to say to the giants on whose shoulders you stood?

Gichu: I also wish to thank the media platforms that supported my quest and the government agencies in Kiamaiko for ensuring a peaceful election.

Burji Online: What about a message for the general masses?

Gichu: Our progress and prosperity demand that we always rally behind our elders not just during elections but also during ordinary days.

Gichu:  Breaking down the religious, tribal, social class, and origin divide was and remained our dream for Kiamaiko. For that, we need everyone every day.

Burji Online: What cost you the MCA seat?

Gichu: We gave it our best. My supporters gave it their all. But we were mainly affected by the fact that I ran as an independent candidate.

Gichu: The seat was clinched by Joseph Karanja Ndungu of UDA, who garnered 4251 votes. He benefited from six-piece suit voting.

Gichu: In addition, our Azimio supporters voted along the party line for James Mwangi Wambui of Azimio.

Gichu: We shall cross that bridge when we reach there.

Burji Online: What is your parting shot?

Gichu: I believe we are stronger and more united as a community. And will go forward together. We should never, ever regret fighting for a better Kiamaiko.

Gichu: A believer never tires from doing good, so do not grow weary of doing good, for if the Almighty wills, we shall reap.

Gichu: Let us have faith in each other, let us not lose heart, for there are more seasons to come, and there is more work to do.

Gichu: Thank you, and God bless you all. Remember, we only lost the election, but we still have each other.

Read Past Articles About Hon. Gichu Below